There are certain times of year when we throw ourselves into planning for family, food, football, and gifts. Season decor lines every shelf from Hobby Lobby to Macy’s, and every food cooking show on the planet starts gearing up for holiday dinners.

And we launch ourselves head-on into it. This isn’t a bad thing; it’s actually kind of fun. But it also distracts us from a couple of things we need to add in: rest and thankfulness.

It really doesn’t even matter which holiday or event is coming up…we tend to rush through every single one of them. And once one is over, we start preparing for the next!

What are these foreign ideas? Rest, during the busy times? Stopping for gratitude, when there’s so much to do? (I know I’m not the only one!)

My reaction to people who told me this used to be, “Well, that’s fine for you, but you have no idea what I’m up against. I can’t stop. I don’t have that luxury.”

Something I learned from going through those times: you can’t afford not to stop, rest, and focus on what you’re grateful for. It’s not a luxury, it’s a necessity.

I didn’t. I wish I had believed those that had been through it.

You may have read posts on my sister site about my non-stop, 2E child. He’s always had the learning differences that come with being 2E (twice exceptional), but he hasn’t always been non-stop.

At various times in his life, he was so sick that he couldn’t get out of bed. He was so sick, in fact, that we took about three years off of school to allow him to recuperate.

I woke up every night for years just to check on him, to make sure he was still breathing. (When I used to joke that I hadn’t slept in a decade, there was also a nugget of truth.) 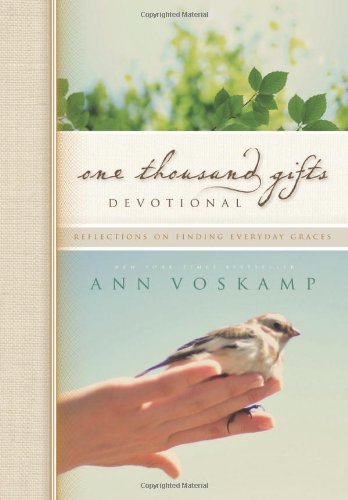 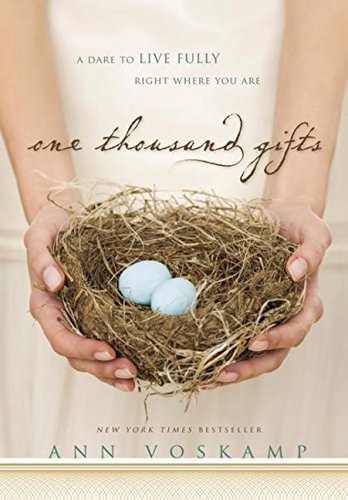 One Thousand Gifts: A Dare to Live Fully Right Where You Are

During this time, we were a single-income family, like most homeschool families. Raising a profoundly gifted kid with learning glitches and severe health issues isn’t cheap, though.

My husband worked two to three jobs for several years in order to provide for us and keep me home with our son.

As you can imagine, this wore on our marriage. At times, we were barely holding life together.

For many of these years, I was also teaching at some of our local co ops; I love teaching, and it provided the funds to cover at least part of his education. However, it also put a further strain on our schedules.

When my son was close to graduation, I was offered a position at a local Christian book and gift store. At the time, I accepted it with the understanding that my family came first. Three managers and two corporate management changes later, this was not the case.

Eventually, I was stretched to the point that I was running purely off of coffee and adrenaline. My temper was quick to surface and I didn’t have the emotional reserves to be there for my family…never mind being able to minister to others.

What happened to change this? 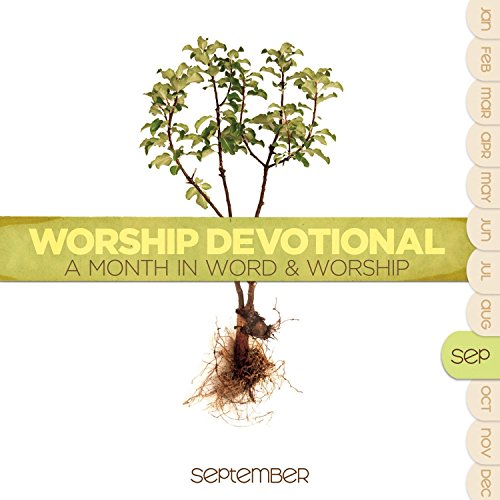 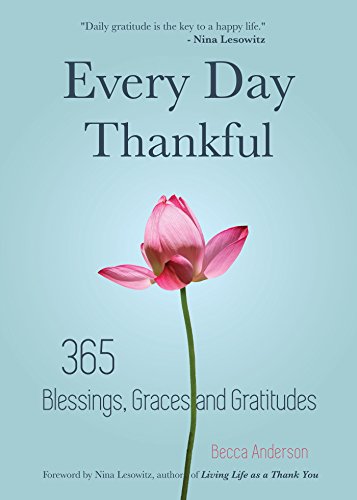 About three years ago, I was injured at work; it was severe enough that I’m still on physical restrictions from it. It was a fluke accident, but it resulted in a torn tendon in my elbow and nerve damage. Because of it, I had to quit my job.

I spent several months on pain killers and workers’ comp restrictions that forced me to slow down. I’ve always gone at a fast pace and kept a lot of plates spinning, so this was a whole new situation. And I didn’t like it one bit.

Thankfully, much of that has healed. I can now eat with a fork, cook to my heart’s content, and type as much as I want.

I’m still dealing with residual symptoms, and I still can’t lift more than a carton of milk, but I’ve found a whole new life.

And I’ve found that I love it! 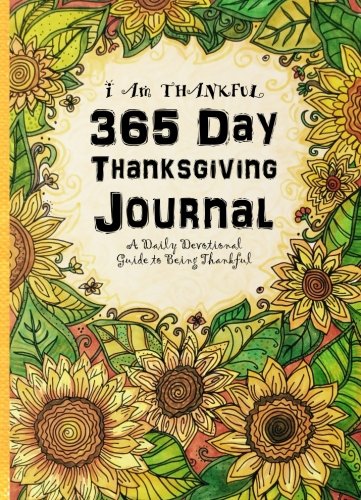 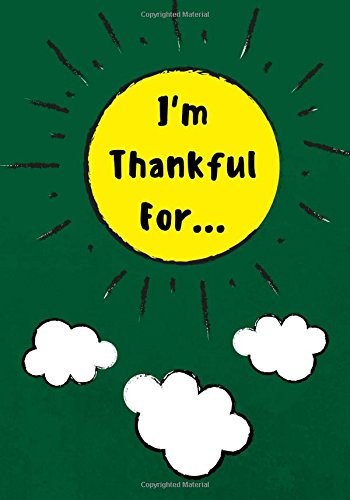 Being Thankful in the Storm

Twenty years ago, I could have never imagined the path my life would take. My husband and I had trained to be missionaries, so we knew there would be hardship. We thought it would happen in the jungles of another country, though!

We never even stopped to think that it would come in the form of changed dreams and hard-to-manage schedules.

However, I wouldn’t change the route our lives have taken for anything. That doesn’t mean that I’m glad that these particular hardships have happened; it means that I can now see what God is doing with them.

I’m not thankful for the bullying he received as a child (from both kids and adults) due to his learning differences. (There were many times this brought out the Mama Bear in me, big time.)

I am thankful for the fact that he’s incredibly insightful and compassionate, seeing things that many people miss.

I’m thankful for his resilience and commitment to God, for the fact that he’ll wholeheartedly tackle the challenges that come his way.

He knows from experience that God has already brought him through so much, and he knows the level of God’s faithfulness from personal experience.

My son knows beyond a shadow of a doubt that if God gives him a task, He’ll also open a way to accomplish it. It won’t be easy, but it will be possible. 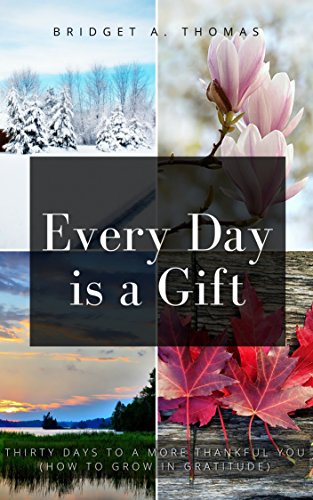 Every Day is a Gift: Thirty Days to a More Thankful You (How to Grow in Gratitude) 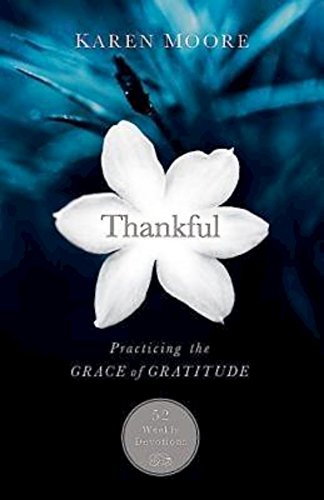 When the Storm Hits Too Hard

Not every storm clears to give a clear day, though. There are times when it takes more than we can bear.

My son lived through his trials, and he’s stronger and more committed to God because of them. I will never stop being thankful for that; it is something that is always in front of my eyes.

I had six children who didn’t, though.

Throughout his life, I have called my son “my miracle,” and he really is. I nearly lost him several times, and no one could figure out why. I did lose six other children to miscarriage, and it nearly broke me.

Years later, we found out that this was due to my being autoimmune. I couldn’t carry a pregnancy to term, but I didn’t know that until we had tried a number of times.

Am I thankful that this happened? Of course not. I felt like I was deficient, useless. I couldn’t protect my children when they depended on me the most. 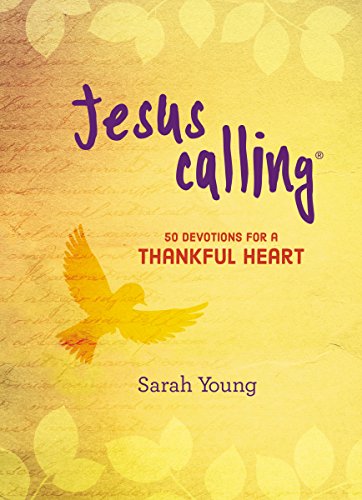 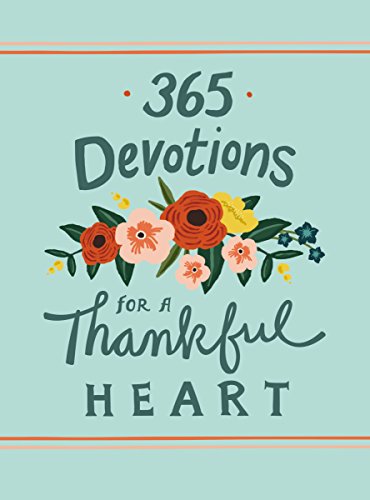 365 Devotions for a Thankful Heart

What I am thankful for is God’s faithfulness. Even when I was at my lowest, when I couldn’t see His hand or His purpose, He didn’t walk away. He held me, let me cry, let me mourn, and built me back up.

I don’t know why that happened, except that we live in an imperfect and fallen world. I do know that He still lets us glimpse His perfection in a million little ways, even through the darkness. A

nd I do know that He still loves me, loves each of us, even in our imperfection and doubt. He’ll never walk away, even when we can’t see or feel him.

And for that, I’m thankful.

For that, I will stop for a moment and rest. I’ll be grateful.

Thankfulness in a Crazy World

Obviously, not many of us can just come to a full stop and go on a sabbatical. It would be nice, but not realistic!

We can stop for a moment, though. We can take a few minutes away from the “busy” to refocus and reprioritize. Focusing on God rather than on every task that calls out to us makes a lot of difference.

Doing so will actually give you the peace and clarity to do what you need to do. It will also help you not fall into the struggle that I found myself in!

To Train Up a Child

Finding the Joy of the Lord